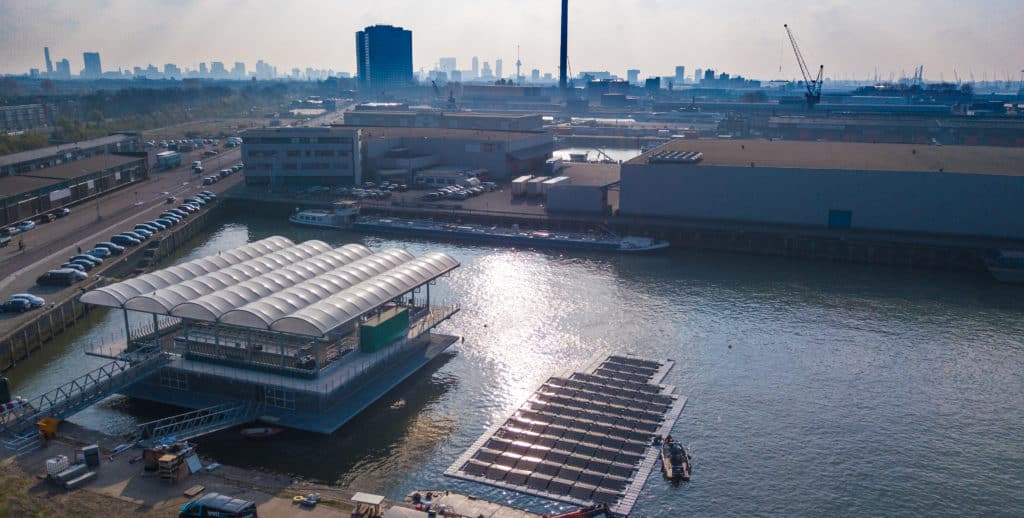 Electricity and water is usually a pretty terrible combination. This year, however, floating solar power systems look like they are set to gain some serious traction.

We’ve now well and truly shifted from seeing a handful of ‘novel’ early mover projects garner attention to watching a clutch of large-systems jostling for the claim of being the world’s largest. Before the year is out at least three different projects in China will all have laid claim to this title.

Obviously, the electricity and the water are kept safely apart. Panels are installed on floating pontoons with the inverters either joining them on the water or centralized on the shore. 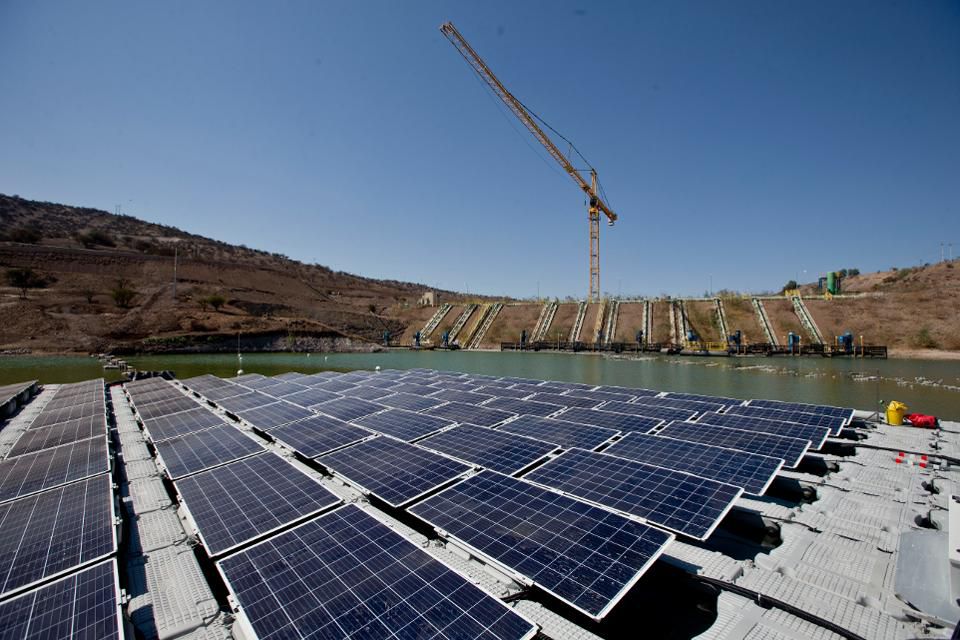 So why bother to go through all the effort of setting sail when you could simply secure them to the land?

Early projects were often paired with an existing hydropower dam with the solar element on the reservoir surface behind the dam. Others were on water bodies linked to a power user, a mine’s tailings pond for example. Lightsource, now Lightsource BP, built an early project in the UK for utility Thames Water.

By sharing a location with an existing generator like a dam, grid connection costs can be reduced. If it is a pumped hydro site, any surplus power can be used to top up the reservoir and the electricity used at a more cost-effective time. If a large energy user, like a mine, or a sewerage treatment plant is nearby, the power can be used locally potentially negating grid costs. For many mines, remote locations can mean relying on diesel generators.

Lakes and reservoirs can reduce their losses from evaporation by covering part of the surface with solar. Lake Mead loses 5% a year to evaporation, significant given its levels have been at record lows of late. The appeal in water-scarce regions of the world is obvious.
Solar panel performance will decline as the internal temperature gets too high. The same system installed on a lake rather than on the shore, just meters away, will actually see a boost to performance.

Then there is the cost of land.

Taiwan is perhaps the best example. The island prefers to use any land not covered in cities or mountains for agriculture. At the same time, it has ambitious solar plans. Floating solar provides one way to relieve the pressure. Google is building another type of water-based solar plant in Taiwan with the panels mounted high up on stilts to permit aquaculture to continue below. This approach is also proving popular in China. Even offshore, saltwater applications are beginning to spring up.

Cutting out the cost of land, finding a nearby user and potentially an active grid connection all work in floating solar’s favor. There’s the potential for planning objections on the grounds of the visual impact on natural lakes but the abundance of reservoirs, fish farms, tailing ponds and other artificial bodies of water provides plenty of scope for growth.