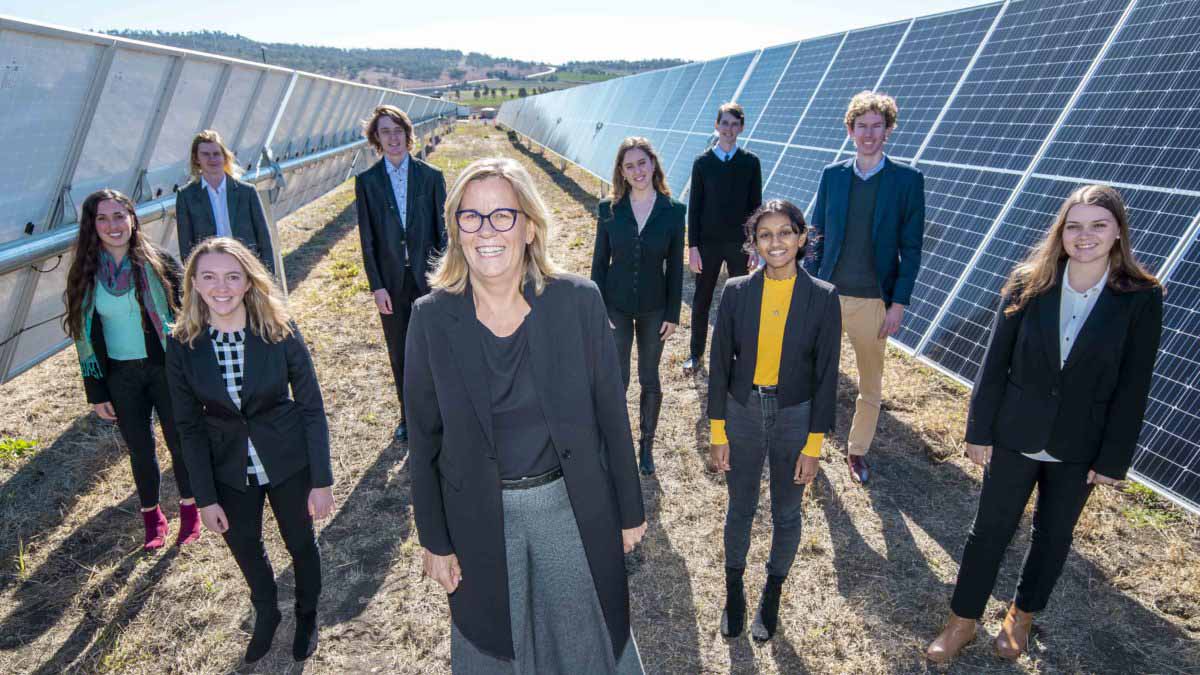 The University of Queensland-owned and developed utility-scale Warwick Solar Farm is complete, bringing together the University’s ambitions to not only become 100% renewably powered, but to provide hands-on learning, research and development opportunities for generations of students seeking fulfilling employment that contributes to a greener future.

Completion of the University of Queensland’s (UQ) 64 MW Warwick Solar Farm south west of Brisbane sees UQ become the first major university in the world to offset 100% of its electricity use with power generated by its own renewable assets.

Officially opened on Friday, and situated at Sladevale just north of Warwick town centre on Queensland’s sunny Southern Downs, Warwick Solar Farm is plus/minus 90 mins drive from both UQ’s main campus in Brisbane and its Gatton Campus in the Lockyer Valley and is well on the way to providing a spectacular teaching and research opportunity for students and collaborators.

“This isn’t just an economic choice,” said Professor Peter Høj, Vice Chancellor and President of the University, of the project which will begin paying for its $125 million cost with savings on the institution’s electricity bill. “Industry and government look to us for expertise and leadership in renewable technologies and this asset will support a wide range of current and emerging research and industry partnerships.”

Warwick Solar Farm will sell its solar energy into the National Energy Market, buying that energy back from the market at the same low price during the day when generation is abundant. Revenue earned from selling surplus daytime energy will then help offset the cost of energy the University needs to draw from the grid in evening peak-price times.

UQ has a proud history of leadership in the renewable-generation space (see video below); Warwick Solar Farm adds to the University’s 3.3 MW solar farm at Gatton Campus and more than 3 MW of solar systems distributed across UQ rooftops.

Feasibility of the University’s ambitious 100% renewable goal was established by Aurecon engineering and design firm in 2017. The University purchased the project from developer Terrain Solar in December of the same year, and Aurecon has continued to advise the University in its tendering and construction of the solar farm.

The completed project will “keep our teaching and research at the forefront of the booming renewables industries, aided by the University’s own large operational investments into sustainable engineering technologies over the past decade,” said Professor Høj at the asset opening.

Solar generation at the heart of innovative energy storage

“The generation profile of the solar farm,” he added “provides an ideal opportunity for piloting emerging battery energy storage or hydrogen conversion technologies.”

This month also saw the Queensland Government open its $15 million Hydrogen Development Fund for applications. The Fund seeks to further projects both at the stage of feasibility research, and more advanced projects requiring capital funds for equipment.

On Friday, Professor Høj emphasised the shared responsibility that institutional and political leaders and citizens have for responding to climate change and its consequences. He said, “We need to be acting in a way that is informed by research and with collaboration in mind.”

He put out the call for partners in piloting and proving innovative new energy solutions based on solar technology which has become “increasingly affordable” and “compelling”.

“Each year we enrol around 1,000 first-year Engineering students,” she said, and for those students industry placement and work-integrated learning are integral to successfully completing their degrees and applying their knowledge in rewarding careers.

“The Master of Sustainable Energy students also see it as a privilege to see UQ’s own renewable energy assets up close and to work hands-on with our own data.”

Some 100 people were employed during Warwick Solar Farm’s construction, and a further six are expected to be employed in management, operations and maintenance of the facility during the expected 30 years of its life.

The project was funded by the Queensland Treasury Corporation, and on the weekend Anthony Lynham, Minister for Natural Resources, Mines and Energy, posted on social media that renewables projects are creating jobs across regional Queensland. He said the Palaszczuk Government “will continue to back our emerging renewable energy industry” as the state’s strategy for recovery from the economic devastation wreaked by COVID-19 is rolled out. 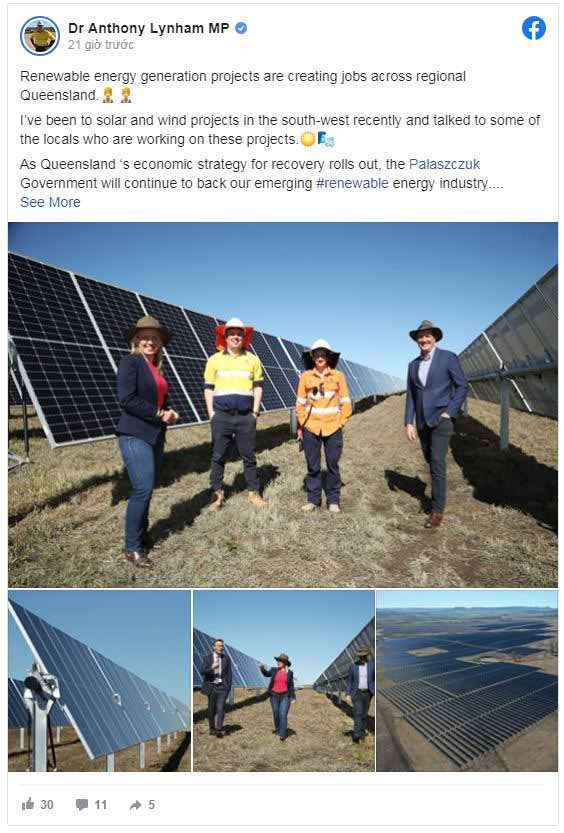 Analysis from Green Energy Markets, released in May found that 51,000 jobs could be created in Queensland if the 108 large-scale projects in the renewable pipeline, estimated to be worth $36, billion to the state’s economy, were given the green light.

Professor Høj said UQ has and will continue to make the data from its solar installations available online, as well as sharing its renewable-energy knowledge with government and industry.

He said the Warwick Solar Farm is “first and foremost an act of leadership that demonstrates that a transition to renewables can be done at scale, that it’s practicable and makes economic sense”.