US solar industry gets unlikely boost from the Trump administration 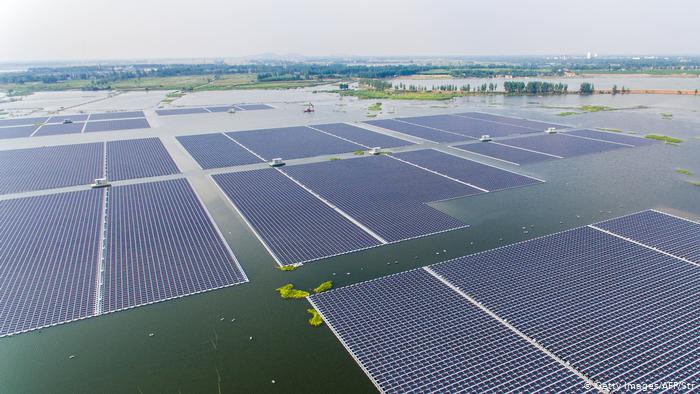 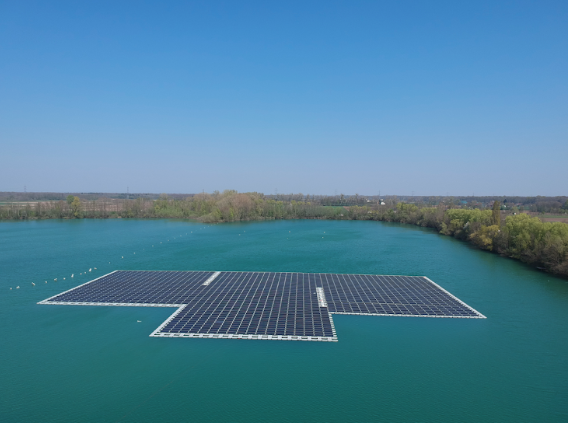 2. How long did it take to construct the project and what was the cost?
Time to construct: from February (start of the works) to June (grid connection). Assembly of the floats took 3-4 weeks. Cost is confidential.

3. Can you describe the parabolic mooring line system and why it was necessary?
One big anchoring cable is placed at the West side of the array and crosses the lake from South to North. Then small cables are linking this big cable to the floating array.

As the quarry is still in operation in the middle of the lake, it was not allowed to stretch cables from the West side of the island up to the West bank of the reservoir. So the parabolic line has been studied as the anchoring solution the most cost effective. Indeed the depth of the reservoir on the West side is around 60 m. With such a depth the use of divers to install the anchors is too expensive.

4. What will the electricity be used for?
Mostly self-consumption.

5. Are you looking into building more floating solar PV in Germany and other European countries?
Netherlands is leading the way of floating PV in Europe, but Portugal, Belgium or Germany have great potential too.

6. How much can the customer potentially save by using electricity from the solar plant?
This is part of the development/financing of the project, which we don’t take part in, so we don’t have this information.

7. Was the customer previously only using electricity from a local utility?
As far as we are aware, yes, but maybe he was already using some rooftop or ground PV systems.