Advantages of solar energy in 2019 — this is why solar is booming! 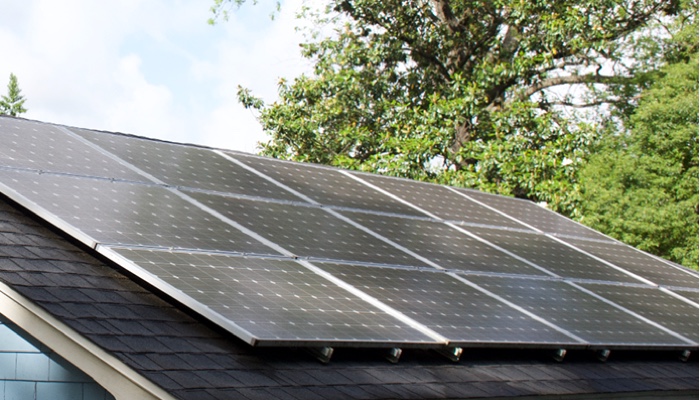 Solar energy is a renewable source of energy that is gaining ground because of the benefits it offers. In India, sunlight is available in abundance and there is technology available to harness this energy and convert it into electric power. Solar power panels serve the purpose of absorbing solar energy and converting it to electric power through the photovoltaic (PV) effect. Most homes have a roof or a backyard which can be utilized to install solar panels and produce electricity.

Features of a home solar system

A home solar system must provide enough electric energy to fulfil all the power requirements of a home. It should also be capable of providing AC power as traditionally all homes use AC power to operate lighting systems, gadgets, appliances and equipment such as computers, refrigerators, mixers, fans, air conditioners, TVs and music systems.

A home solar power plant comprises several elements which are as follows:

The working of a home solar system

When sunlight falls on the solar panels it gets absorbed by the PV cells and the silicon semiconductors in the cells convert the solar energy into electric energy through the PV effect. This electric energy is in the form of DC power which can directly charge the battery. The DC power in the battery is sent to an inverter which converts it into AC power. This AC power is now sent to the mains in the home which in turn can power all necessary applications.

Cost of a home solar system

An off-grid system is a stand-alone system not connected to the main grid. In this system, solar energy generated is stored in batteries (known as deep cycle batteries different from the ones used in automobiles). The DC power stored in the batteries is converted into AC power by an inverter.

A grid-connected system is one which does not use batteries but only an inverter. Typically, a grid-connected system is governed by a statutory policy involving ‘net metering’ wherein the system records the excess electric power generated over and above the usage by the home that is fed to the grid. In this system, the home user need not worry too much about calculating the size of the power plant as any excess power generated earns revenue and any shortfall is made up by grid supply.

An off-grid home solar system is an excellent cost-saving feature when planned properly and is capable of paying back the initial investment within the first 5 years of operation through savings in electricity bill. A grid-connected home solar system is both a cost-saving feature as well as a revenue earning system when planned with revenue earning as an objective. However, while off-grid home solar power plants are independent of the main grid, on-grid systems are subject to the regulations of the grid power supply provider. Thus, home users can choose an appropriate system depending on the circumstances prevailing in their localities.