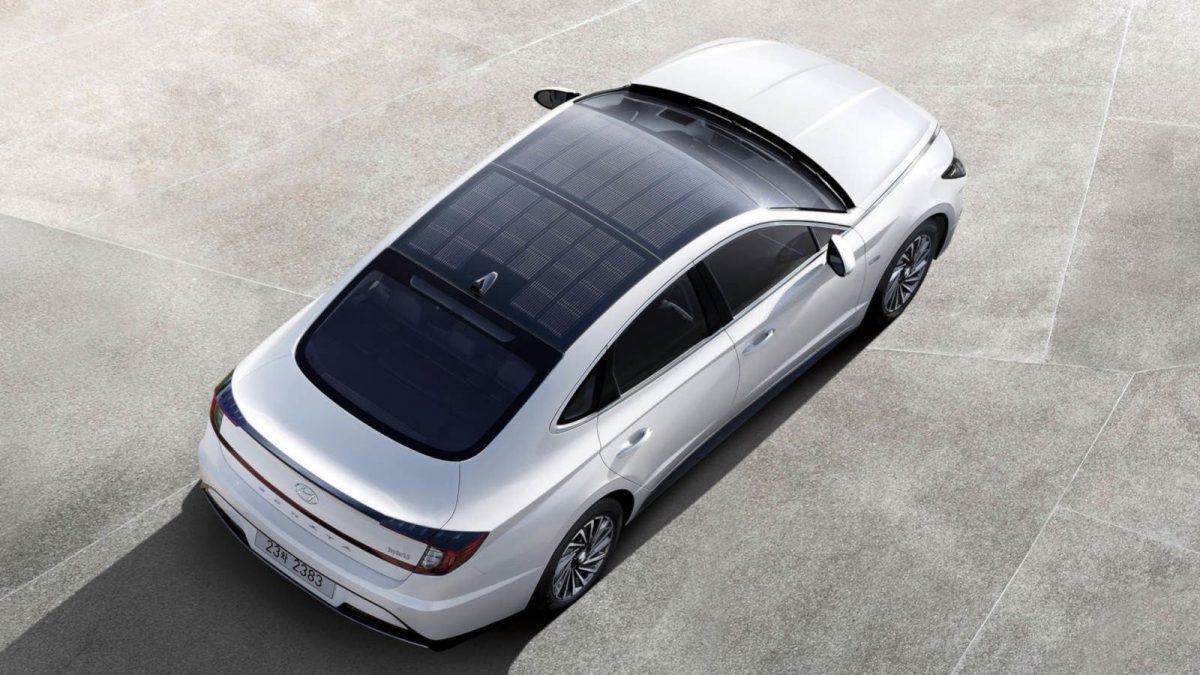 If charged for six hours a day, the solar panels would generate enough energy to power vehicle for 800 miles per year.

Hyundai has released a hybrid car equipped with solar panels that it claims could provide the battery with up to 60% of its power.

The new version of the Sonata model has silicon panels lining its roof, which the South Korean firm says could charge between 30% and 60% of the battery.

If kept in view of the sun for six hours a day, including while driving, Hyundai is confident the solar panels alone would generate enough energy to allow the vehicle to travel 800 miles per year.

Heui Won Yang, senior vice president of the company, said: “Solar roof technology is a good example of how Hyundai is moving towards becoming a clean mobility provider.

“The technology allows our customers to actively tackle the emissions issue.”

He added that the car maker was planning to roll out the panels to other vehicles across its range in the coming years, and they will be offered as an optional extra.

While the panels on the Sonata are only there to play a supporting role in powering the car, Hyundai said they could one day open up the possibility of vehicles no longer needing fossil fuels to run.

The new Sonata has just gone on sale in South Korea and will soon be available in the US.

But the company said it currently had no plans to sell the model in Europe, despite growing demand for eco-friendly cars in countries like the UK.