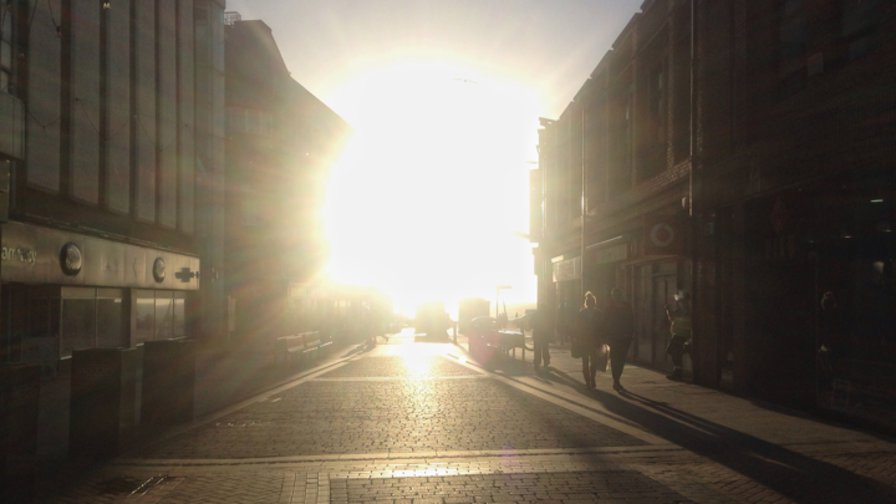 A lot of people are excited about solar energy, and with good reason: It’s clean, renewable, and as manufacturing capabilities ramp up, an increasingly realistic way to power our world. On April 30th, 2017, Germany met 85% of its power needs from renewable energy sources including solar panels. Still, solar cells currently capture only about 25% of the available solar energy.

Now a team from GW School of Engineering and Applied Science has produced a remarkably designed solar cell that collects nearly half of it. It’s been believed that the upper limit for the efficiency of conventional solar cells is about 30%, so this could be a big deal.

Scientists at GW School of Engineering and Applied Science have designed a multi-layered, stacked cell that operates as a sort of “solar sieve.” Each layer grabs a portion of the light spectrum as sunlight passes through on its way to the next layer down.

As lead author of the just-published research Matthew Lumb explains, “Around 99 percent of the power contained in direct sunlight reaching the surface of Earth falls between wavelengths of 250nm (Editor’s note: nm = nanometers) and 2500nm, but conventional materials for high-efficiency multi-junction solar cells cannot capture this entire spectral range. Our new device is able to unlock the energy stored in the long-wavelength photons, which are lost in conventional solar cells, and therefore provides a pathway to realizing the ultimate multi-junction solar cell.”

The GW team’s solar cell works with concentrator photovoltaic panels that focus sunlight onto micro-scale solar cells of about one millimeter square. Being so small opens up the possibilities for using them in sophisticated structures that can eventually be manufactured at a reasonable cost.

Aside from its stacking aspect, the GW solar cell incorporates a couple of other innovative touches.

The manner in which the GW solar cell is constructed is also a bit different. Its layers are stacked with extreme precision using a method called “transfer printing” that allows tiny three-dimensional structures to be assembled.

The GW solar cell is a one-off built to demonstrate the potential for far greater efficiency in solar energy collection. The technology it introduces is currently too expensive for cost-effective manufacture. But solar cells that are twice as effective at capturing energy from the sun? Sign us up for that