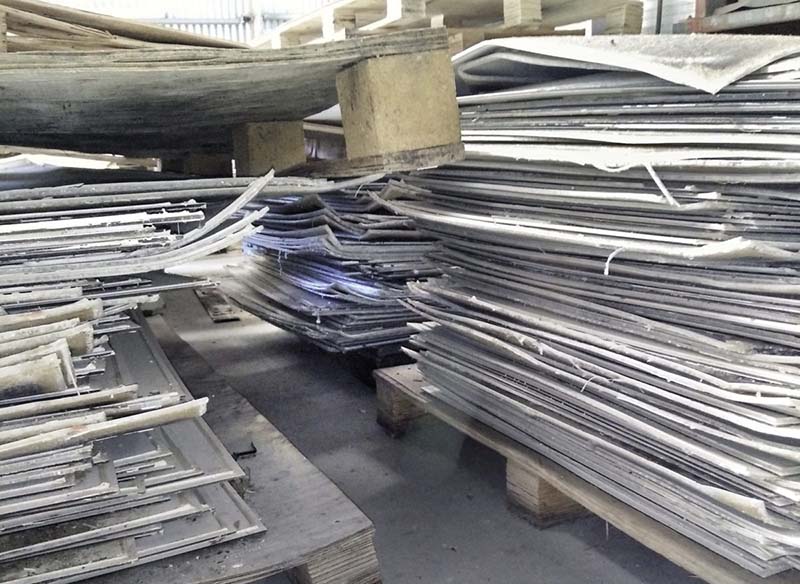 Australia has certainly demonstrated its appetite for solar power. Now, with the average lifespan of a solar panel being approximately 20 years, many installations from the early 2000’s are set to reach end-of-life.

Will they end up in landfill or be recycled? The cost of recycling is higher than landfill, and the value of recovered materials is smaller than the original, so there’s limited interest in recycling. But given the presence of heavy metals, such as lead and tin, if waste is managed poorly, we’re on track for another recycling crisis. A potential time bomb could present itself as an opportunity, however, if the global EV industry showed an interest in the recovered solar products.
The presence of hazardous materials in the end-of-life panels can result in significant pollution and health issues, if released into the environment. To close the loop in the energy cycle, the next mission of the solar panel industry is the safe disposal or recycling of end-of-life products. In the waste management hierarchy, however, re-use or value-added recovery/re-purposing is considered preferable to recycling.

The main contributor to the total weight of a typical crystalline silicon PV module is glass (75%), followed by polymer (10%), aluminum (8%), silicon (5%), copper (1%) and small amounts of silver, tin, lead, and other metals and components. Lead and tin, if leached into soil and groundwater cause health and environmental concerns, while copper, silver, and silicon present a value opportunity if recovered efficiently. So, the landfill option should be fully replaced with recycling to prevent environmental pollution and retrieve the valuable materials present in the panel.
Currently, however, recycling cannot be considered the economically favorable option, so economic incentives are required to accelerate this displacement. Among the valuable materials in the panel, silicon presents the best opportunity, given its considerably larger fraction and its ultra-high purity (99.9999% or six nines/6N). The solar-grade silicon from PV waste can be recovered for second-use applications in solar panels or repurposed for value-added application in the anode of the 3b generation of Lithium-ion batteries.

The ever-growing number of electric vehicles has presented a unique opportunity to the materials recycling world and waste management industry; and there may be room for used solar panels too. Today’s EV batteries are an essential part of the total EV cost (33% to 57% depending on the car), and materials production is the dominant contributor to the energy cost of making the batteries. Cost-cutting strategies rely heavily on innovations at the materials level, i.e. raw materials sourcing and processing.

While EV fans definitely welcome lower prices, setting mileage records is what makes headlines. In 2015, Elon Musk claimed that silicon in Model S batteries increased the car’s range by 6%. Ever since, EV companies like Daimler and BMW have also been actively engaged in research and development programs to synthesize battery-grade silicon for EV applications. Silicon recovered from the solar panel may just be what they need.

Australia has always been placed well among the fast-expanding PV markets such as China, Japan, India, and the USA. Now with more than 2.3 million rooftop solar power systems installed across the country, we officially rank first.

The other thing we have in common with these countries is not, unfortunately, something to brag about: Recycling of end-of-life PV modules is not regulated in Australia. In fact, Europe is the only region that has a robust and transparent regulatory framework to support the PV recycling process. As of mid-2012, the recast WEEE (Waste Electrical and Electronic Equipment) Directive 2012/19/EU mandates European countries to adopt PV waste management programs where producers are responsible for the take-back and recycling of the panels they sell.

The goal of these policies is to develop greener products, and make recycling more affordable and economically sustainable by leading producers to factor in the cost of the collection and end-of-life treatment of their products into the price paid by the consumers.

In Australia, we are working on it, throughout a national program led by the Victoria state and in close relation with the PV industry. The goal is to make recommendations to states, territories, and federal governments on a preferred national management approach. While the outlooks of the program are undoubtedly promising, accelerating the development of it may be critical. In fact, the criticality of the issue was recognised in 2015, when solar panels were identified as the fastest-growing e-waste stream without dedicated recycling infrastructure in the Victorian e-waste market flow and processing capacity analysis.

It is expected that more than 100,000 tonnes of solar panels will enter Australia’s waste stream by 2035. Is this a crisis or an opportunity? If you look up solar panel recycling in Australia, there are a number of services. However, mostly they can recycle less than 20% by weight – the aluminium frame and the terminal boxes. Recycling the remaining 80%, including the precious silicon, is not currently offered in Australia, but it does not have to remain like that.

You can only do what you can sell

While as users,we can’t do much but rely on responsible recycling businesses to properly dispose of solar panel waste, as scientists and engineers, we may be able to do more. Providing scientific evidence on the potential impacts and benefits of recycling PV panels could incentivize the government and industry.

Our collaborative study with The Group of Research in Energy and Environment from Materials (The GREENMAT) at the University of Liege in Belgium, provides such evidence. Evidence that in the future, end-of-life solar panels may prove to be a valuable secondary resource for a critical material in electric-vehicle batteries: Ultra-pure Nano-structured Silicon.

GREENMAT has been extensively engaged in industry/government-funded solar panel recycling projects led by Dr. Frederic Boschini, where efficient recovery of battery-grade silicon is one key focus.

The process of recycling silicon modules in Europe began more than a decade ago; however, the problem associated with most processes developed to date is that the recovery rate is not more than 80% and the value of the retrieved materials is not competitive compared to the originals.

GREENMAT, alongside other academic and industrial partners, has been involved in SOLARCYCLE, a project supported by the Wallonia region in Belgium, which investigated economic recycling solutions that can achieve a recovery rate of at least 95%.
As part of this program, GREENMAT patented a greener, more cost-effective method of dismantling the PV modules; namely by avoiding the high temperatures (450-600°C) usually employed for burning the materials. GREENMAT’s hydrothermal recycling method, which is conducted at temperatures below 200°C prevents the combustion of halogenated-polymers and the vaporization of heavy metals such as tin, lead, and silver; hence avoiding the waste gas treatment step.

Just as important, the use of moderate temperatures prevented the melting and diffusing of metallic contacts components into other photovoltaic components, such as glass and silicon wafers, which bypass the purification steps necessary for the recovery of high purity silicon and glass. The simple and scalable dismantling process was tested on several PV brands, and advantageously offered clean glass, which was made available to relevant industries to evaluate the value of the recovered material.

We are excited about our latest discovery, published in the Journal of ACS Sustainable Chemistry & Engineering, which reports the simple and economic recovery of nano-structured silicon from end-of-life PV panels with demonstrated value-added applications in Lithium-ion battery.

Here at Monash University, the Lithium-Sulfur battery team and I, are even more excited as we believe that in addition to lithium-ion batteries, lithiated silicon-based anodes may also find application as alternatives for the highly reactive lithium metal in lithium-sulfur batteries.

In the ABC’s Utopia, Rob Sitch showed us how marketing becomes central to a utopian dream because “you can only do what you can sell”. As scientists, we cannot do much of marketing, but we can provide evidence that if you recycle properly, you can sell.